The theme of the 2013 Mykonos Biennale is a parody of the Crisis Industry’s choice of Greece as a main protagonist in their current financial disaster scenario. The Crisis punishes in an exemplary way paganistic Greece, who is idly dancing and drinking as the “southern latino lover”, the grasshopper of Aesop’s story. Greece as the juvenile Pinocchio is persuaded by the cat and the fox, the northern rich buddies, to sell his books to join their party while the old Geppetto must sell his coat to pay the bills. With the broken Geppettos, the uprooted forests of Chalkidiki, the blackened valleys of solar panels, Greece is depressed and bullied by the global media. “Idleness is the mother of evil” and Greece is unemployed. 17 million tourists want to see her swim, sing and dance because, oh what a coincidence! It’s summer, Adonis with Persephone are back on earth feasting together with the guitar playing grasshopper. Is belly dancing considered a legitimate job? And if yes, when do the people qualify for their pension? Is retirement obligatory? Can the hungry bear cubs dance? Can old men dance? Was the empress Theodora the daughter of a bear tamer? Was emperor Justinian the nephew of an Albanian immigrant? What connects Europe with the Holy Alliance? Has the age of the empire returned? If money is the Crisis and Nature is paganism, is this relationship an oxymoron? As both Annas in Brecht’s Seven Deadly Sins, the role of morality change at the beat of global hypocrisy. As the birds sing, the waves unravel and Pinocchio’s fairy is disguised as Art and wrestles with Aladdin’s genie and the three consumer wishes. To be continued in alternative Mykonos where the renowned nudist emperor will visit with his new clothes. 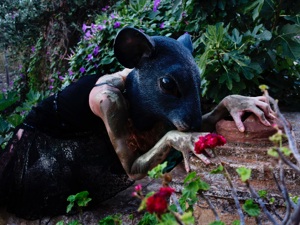 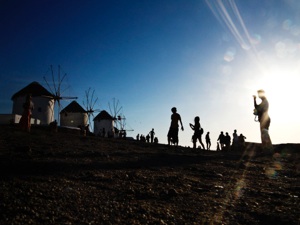 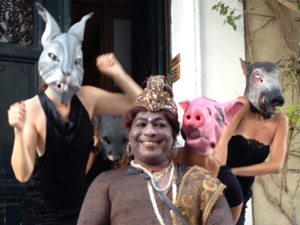 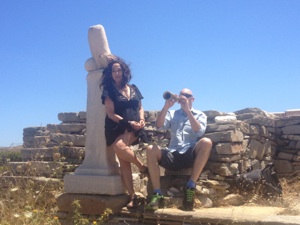 The venues of the Mykonos Biennale are located in many strategic points to initiate the visitor into the cultural inheritance of the island. The contemporary and international art works will blend with traditional culture in a haunted dialog hosted by the ghost of the past creating together Historical Time.

Then the art installation Rendez-vous was presented, followed by the Flower Project Part 2 by the «Flower Girls» Anna Pangalou sing the aria John Cage from the main balcony of Town Hall.

Nobuhiro Ishihara - Installation: Dragon is reborn as a Cetus κητος from the Japanese to the Greek mythology. Lucas Samaras - Video installation in the windmill.

Alternative Baptism, a performance by Lydia Venieri and Adonis Volanakis accompanied by the music of Dimitris Vassilakis and the Sylvia Macci Dance Group. Lydia Venieri performed Words about Women by Betty Tompkins.

The Folklore Museum (The house of the Pirate Mermelakas)

The Mystic Party with music by MICHALIS KOUNENIS and LEFTERIS SIKINIOTIS, and dance performances: The Last Supper by Lydia Venieri performed by the THE DANCE GROUP OF SYLVIA MACCI and Manage á Trois performed by Andonis V olonakis and the Flower Girls.

Delos Revisited -A mosaic workshop for children was held by Irini Sirianou.

The Organic Vinyards of Paraportianos 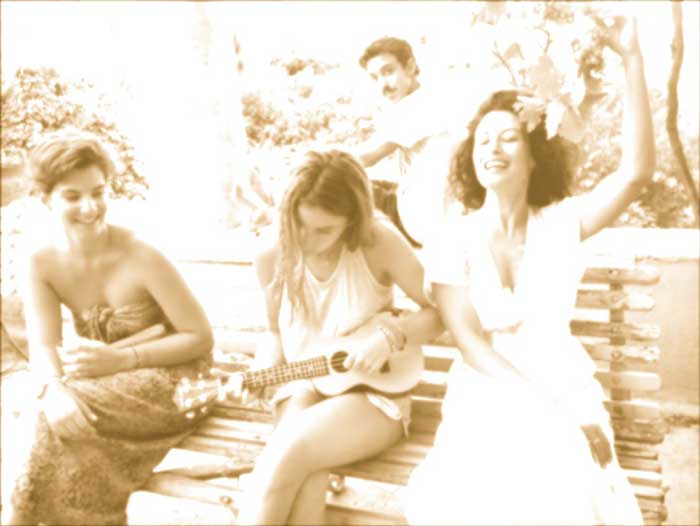 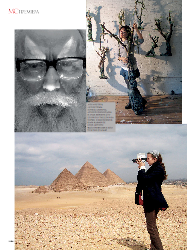 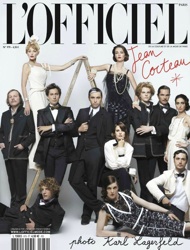 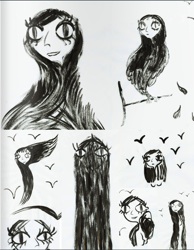 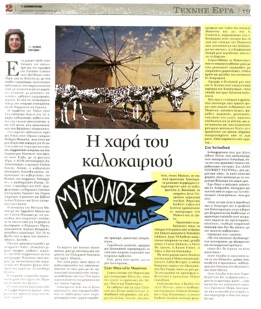 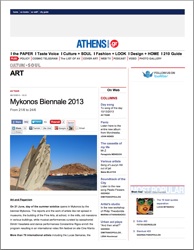 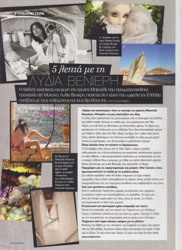 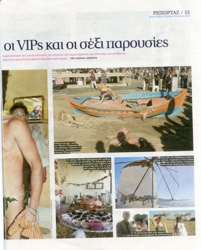 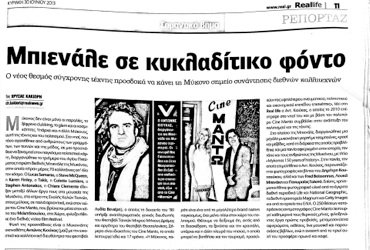